Data visualisation is an important skill to learn for the clear and concise communication of your data analysis in a narrative fashion. Visualisations are engaging in a way that long paragraphs of text aren’t, and can help readers to both interpret and remember data and conclusions.

But just as important to note is that visualisations can be misleading, and purport to show insights that the data doesn’t support.

One of the key things to watch out for is using graphs in which the y-axis does not start from zero. The example above, taken from the annual release of crime statistics in South Africa, suggests a much greater fall in cases of grievous bodily harm than the data suggests. The difference between numbers for 2018 and 2019 is just over 4 000 cases, or 2.5%, but because the y-axis starts at 150 000 and not zero the line chart has a sharp downward angle, suggesting much more  positive change. 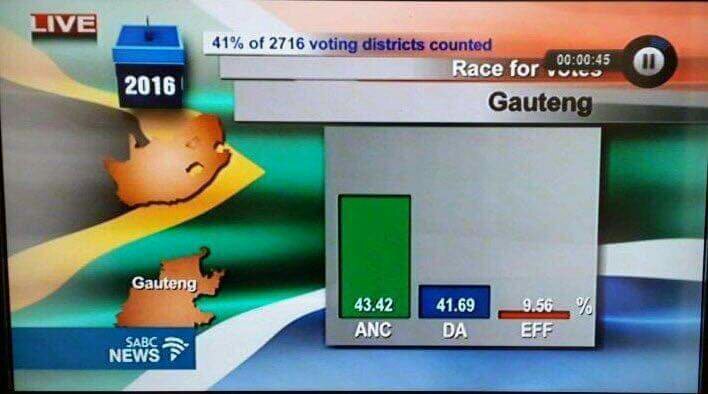 This chart was displayed on SABC News to illustrate the results of the 2016 local govenment elections in the key battleground of GautengIt suggests a landslide victory for the governing party, the ANC, whereas the numbers show the margin of victory was actually less than 2%.

It’s important to be consistent on the x-axis too. The chart below shows non-performing loans in Greece in the wake of the 2008 financial crisis. Markers on the x-axis change from annual to quarterly divisions, however, flattening the graph considerably.

Tricks of perspective and why you should avoid pie charts

As a rule, keep your visualisations simple. Adding icons or perspective can make it harder for the reader to interpret your graphics reliably. The pie chart above was used by none other than Steve Jobs in 2008 to illustrate the US marketshare of the iPhone. By introducing a 3D perspective and putting Apple marketshare at the front of the chart, the green area (19.5%) looks bigger than the purple slice (which indicates other) and almost as big as the blue area indicating Blackberry.

Pie charts can be confusing in general. Not only are human eyes bad at distinguishing small differences in angles, they can soon become overwhelming too.

This map shows the results of the 2016 US presidential elections by voter district, and was used by Donald Trump and supporters to suggest an overwhelming majority in votes cast for the Republic candidate (red) versus the Democrat (blue).

What the map doesn’t take into account is that a great many of the red areas are sparsely populated, while many of the blue areas cover metros with high population density. It tells us nothing about the number of votes cast at the national scale (the Democrats actually won the popular vote).

For more information about how charts lie, we recommend this video by leading data-journalist Alberto Cairo.